The Keshet Dance and Center for the Arts, in partnership with the City of Albuquerque’s Tipping Point for Creatives Initiative, launched the Hear Here Festival in 2019.

Similar to the concept of the 48-hour Film Festival, the Hear Here Festival celebrates the talent of local artists bringing dynamic, original, collaborative work to fruition in a concentrated period of time with a culminating event premiering and celebrating these new creations. Artists are provided with rehearsal and performance space to create and present the new work, business development support via 12-months of resources at the Keshet Ideas and Innovation Community to further support their artistic endeavors, and a $1,000 stipend for the Hear Here Festival residency and performance process.

Due to COVID-19, this program has been temporarily paused.

This program is made possible with the support of the City of Albuquerque, Department of Cultural Services. 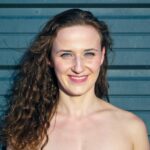 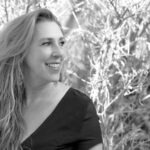 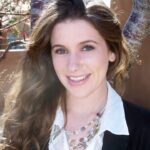 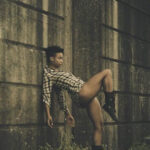 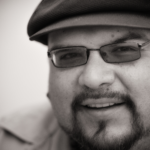 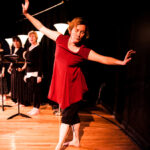 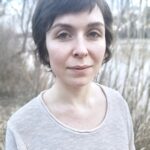 Sonia Bologa –  Originally from Timisoara, Romania, Sonia has been a New Mexico resident for the last 14 years. She has dedicated her life to dance since the age of 16, studying modern, contemporary, hiphop, ballet, latin ballroom, and most recently, Mexican folklorico. After training at Albuquerque Academy and Elite Dance Studio in High School, Sonia went on graduate with honors from the University of New Mexico with a B.A. in Contemporary Dance in May of 2013. One month after graduating, she joined Keshet Dance and Center for the Arts as a dancer and teacher, a position that she holds to this day. Working at Keshet has provided numerous teaching and dancing opportunities, including teaching in Keshet’s Movement + Mentorship = Metamorphosis program, guest teaching at Cohesion Center for Dance & the Arts in Montana, playing the role of Marie in Shira Greenberg’s 20th Annual Nutcracker on the Rocks in 2016, and playing the role of Alice in Keshet’s Alice: an adventure of wonder and wondering. Sonia was part of the j. garcia dance company from 2014-2015. Throughout this time, she performed numerous contemporary dance and dance theater works choreographed and directed by Jacqueline Garcia. In February of 2017, Sonia performed with Navarasa Dance Theater in the world premier of their original production Snake and Ladder, which took place at Keshet Center for the Arts. She then performed various productions (Story and a Song, Snake and Ladder, Encounter) with Navarasa in several locations in New Mexico, San Diego, Los Angeles, and in Vancouver, Canada. In the Spring of 2018 she began dancing with Esteban E Garza and Dance Company. She performed in the company’s productions of Identidades and [Corpor]atus in 2018, and is currently rehearsing with the company for a new production which will premiere in June 2019 in Albuquerque. In the Fall of 2017 Sonia began teaching Hip-Hop dance at the University of New Mexico, joining the Department of Theater and Dance as temporary faculty. Most recently, in the Fall of 2018, her work as a dance educator has expanded to include teaching Hip-Hop at the Public Academy for Performing Arts.

Elizabeth Capra – is a composer/performer/teacher residing in New Mexico, whose work has been featured in many films and documentaries. She is the winner of the 2019 International Piano Composition Competition Special Category Award. Awarded 2nd and 3rd prizes in the Golden Key International Composition Competition, Capra performed at the historic Ehrbar Hall in Austria in the World Composer’s Concert in 2018 and 2017. She will perform at the 2019 Women Composers Festival of Hartford, at Trinity College. Her work has been commissioned by the Santa Fe High Desert Saxophone Quartet. She scored the 2019 NM Women in Film annual charity project, a PSA for Enlace Communitario and mentored young composers on a making-of-film. She was the composer/ mentor on the 2017 George R.R. Martin grant project, NM Girls Make Movies. Capra founded the NM Composers Showcase, now in its inaugural year. She created the Nob Hill Community Concert in the Park series, now in its third year. Classically trained, Capra won the MTNA Honors Piano Competition for NM at the age of sixteen. Theatre and piano performance studies at the University of New Mexico plus extensive world travel paved the way for rediscovery of a childhood passion for composition, now a major component of her performance and teaching studio. Her students have garnered national and international awards in composition and performance. Influences ranging from Chopin, Debussy, Granados and Dvoȓak to Sinatra, Cesaria Evora, and Sting can be seen in her “neo-classical” compositions.

Lauren V. Coons –  is an interdisciplinary composer, performer, and artist from Albuquerque, New Mexico. Lauren synthesizes her unique background in multiple art forms through the composition of intermedia performance pieces which often include instrumental or vocal music, dance, poetry, and visual art within a single work. She has composed numerous musical works for a broad range of instrumentation, voice, and electronics, many of which incorporate movement, spoken word, and visual art. A strong believer in the power of creativity as a positive means to connect people and share ideas, Lauren has composed works which invite performers and audiences to participate in the creative process either through improvisation, collaborative interpretation of non-traditional notation, or contributing material via social media. She has composed musical works by invitation from the University of New Mexico Health Sciences Center Orchestra and New Music New Mexico and on commission from the University of New Mexico Art Museum, Abrepaso Flamenco, and several Albuquerque-based performers. She has had her work performed at the John Donald Robb Composers’ Symposium in 2016 as the recipient of the Scott Wilkinson Composition Award and in 2019 as a featured composer. In addition to her background in music, she has studied numerous forms of classical and contemporary dance including ballet, jazz, contemporary, modern, tap, hip hop, and African dance for over twenty years. Her body of work also includes musical composition for dance, choreography, composition of movement and sound-based works, and performance in a variety of formal and community contexts.
Lauren’s holds a dual concentration Master of Music degree in Music Theory & Composition and Musicology from the University of New Mexico where she specialized in American experimentalism, improvisation and indeterminacy, post-tonal music theory, interdisciplinary, and social practice art. Her current work focuses on composition as a platform for interdisciplinary exchange, innovative approaches to improvisation, collaboration, and performance in social and community contexts both inside and outside of the concert hall.

Manuel Gonzalez – Poet Laureate 2016-2018 of Albuquerque, NM, is a performance poet who began his career in the Poetry Slam. Manuel has represented Albuquerque four times as a member of the ABQ Slams team at the Annual National Poetry Slam Championships. Manuel has appeared on the PBS show, ¡COLORES!: My word is my power and again on ¡COLORES! 9/23/2017. Manuel was one of the founding members of the poetry troupe The Angry Brown Poets and People of the Sun-Performance Art Collective. He teaches workshops on self-expression through poetry in high schools and youth detention centers. Also facilitating art therapy programs to help at-risk and incarcerated youth find an outlet through art, Manuel has coached and mentored multiple youth slam teams throughout northern and central New Mexico. Manuel’s connection to his poetry and culture helps him connect with students. By teaching poetry, his students are given the opportunity to explore their own culture. Building up, finding something to say, figuring out how to say it eloquently, and letting their voice be heard. These are just some of the benchmarks in Manuel’s workshops. Manuel was born and raised in Albuquerque, New Mexico. His mother’s family is from the historic Barelas neighborhood in Albuquerque and his father’s family is from the small Northern New Mexico town, Anton Chico. Manuel’s father (Manny González) was the founder of the band Manny and the Casanovas, pioneers of traditional New Mexico music.
Manuel’s Chicano roots, history, culture, and spirituality are among his inspirations for his work and poetry.”I’m proud to be from New Mexico!” says Manuel. “And to me, it’s more than just green chile and desert. It’s seeing the value of our familas, our community, our traditions, and our culture. It’s the Rio Grande Valley and Santuario de Chimayo. It is feasts, dance, poetry and prayer.”

Romy Keegan – like many dancers, began ballet at age 3, and then went on to dance with the New Mexico Ballet Company under the direction of Suzanne Johnston. Romy continued ballet studies at UNM, until becoming a ballet teacher, at Hayden School of Ballet, under the further guidance and inspiring instruction of Celia Dale and Joanne Emmons. African dance studies began in 1990 with a variety of teachers from both the US and Africa, including Sarah Brown, Kim Vetter, Rujeko Dumbutshena, Mary Nakigan, and visiting teachers, Mabiba MBenge, Titos Sompa, Youssef Koumbassa, Djenba Sako, Assane Kouyate & Abdoulaye Camara, among others. Since 1998, Romy has enjoyed a diverse and rewarding career as a dance teacher having taught both ballet and African dance. In 2012 she began exploring and developing her own unique movement technique, Ballet-Afrique. It is intended to capture the spirit of the open, accessibility of a community African dance class, as well as its organic and natural movement, while harnessing the focus, flexibility, strength, and grace, inherent in basic ballet technique. The creative utilization of both styles of movement produces a playful, dynamic, and exuberantly graceful contemporary fusion, suitable and accessible, for all ages and experience levels. Romy has also presented,choreographed, improvised and performed in any number of local ensembles, companies, venues and community events. In the last several years collaborating on various cross disciplinary creative projects with artists and creatives connected through Women & Creativity, and performing with jazz vocalist, Marietta Benevento. Together with singer, Diane Richardson, Marietta Benevento and Romy Keegan are founding members of the Jazz Performing Arts Collective, who’s aim is to educate and keep energized, the appreciation for historical jazz greats through collaborative performances.

Sabine Shannon – has a diverse background in movement and music. Through dance she has explored ballet, contemporary, jazz and aerial acrobatics as well as conscious/ ecstatic dance. Her energies now focus more on music where through the years she has ventured from the electronic world into the acoustic. Her current project, The Deathe Family, explores dreamscapes and archetypal symbols through the lens of acoustic folk music. A self-taught instrumentalist, Shannon’s current instrument of choice is the banjo. Through her songwriting, the diverse possibilities of this instrument are exposed. The banjo becomes more ethereal and mysterious as it is taken outside of the traditional bluegrass and old time contexts. Shannon’s interest are in bringing the folk traditions of the past into a new focus by joining them with more contemporary, electronic compositions.